Throw me something cool, Mister! 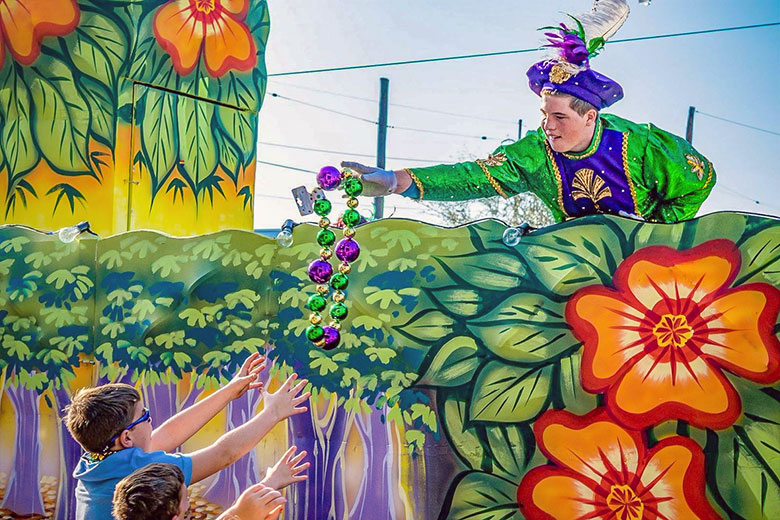 When we yell “Throw me something, Mister!” at Mardi Gras in New Orleans, we really mean “throw me something cool.” Unlike parades in other parts of the world where you just watch, Mardi Gras parades are an interactive activity and the better your booty haul at the end of the night, the better you consider the parade. Down here, we call the stuff you catch “throws” and there are all kinds. Some are better than others. 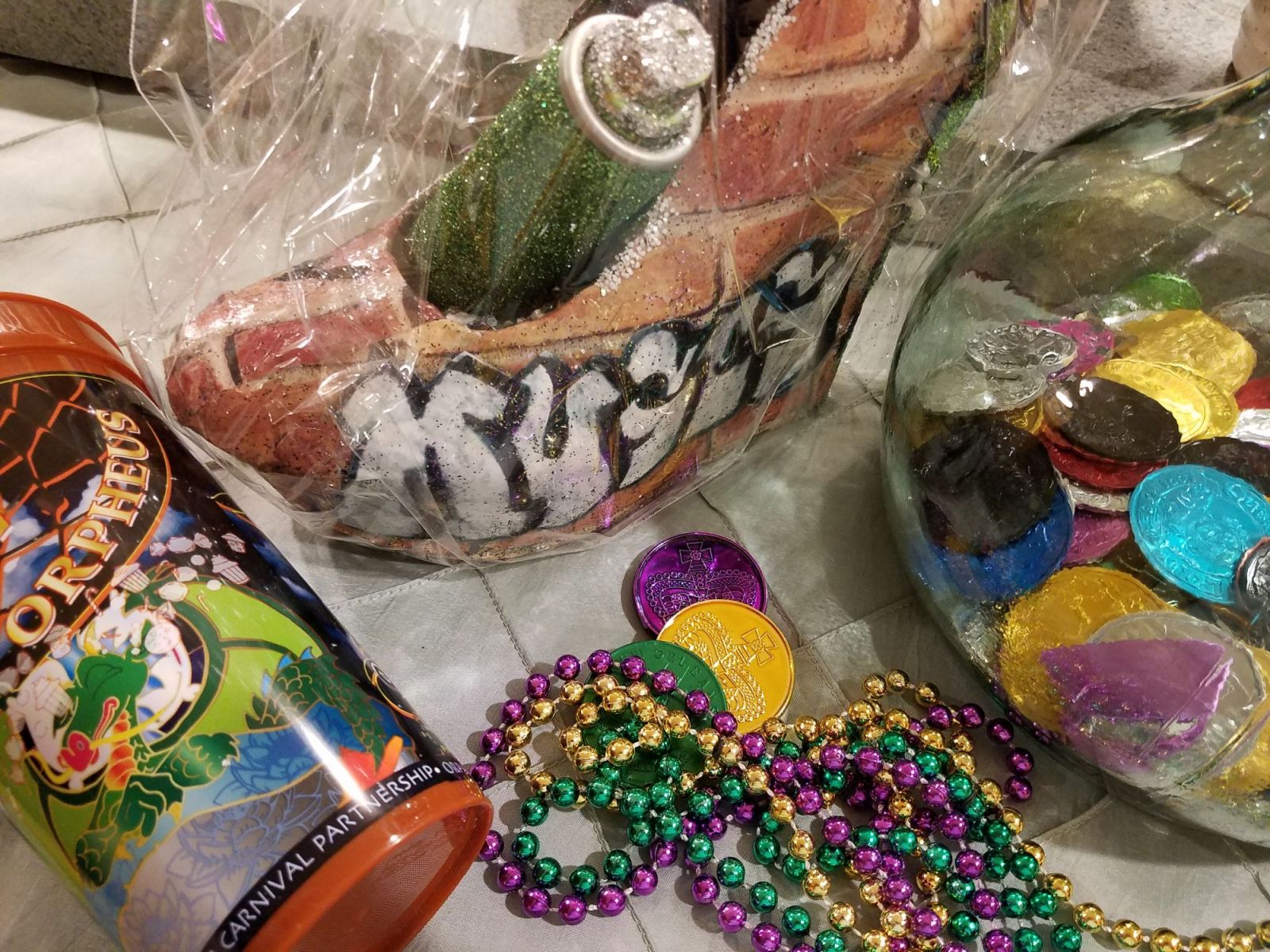 Believe it or not, New Orleanians like Mardi Gras cups. We use them as measuring cups throughout the year (as in, cover your red beans with four Mardi Gras cups of water and soak overnight). They’re also great to pull out during crawfish boils and, of course, parade parties if you live on the route and have a group of friends using your house, and your bathroom, as home base. 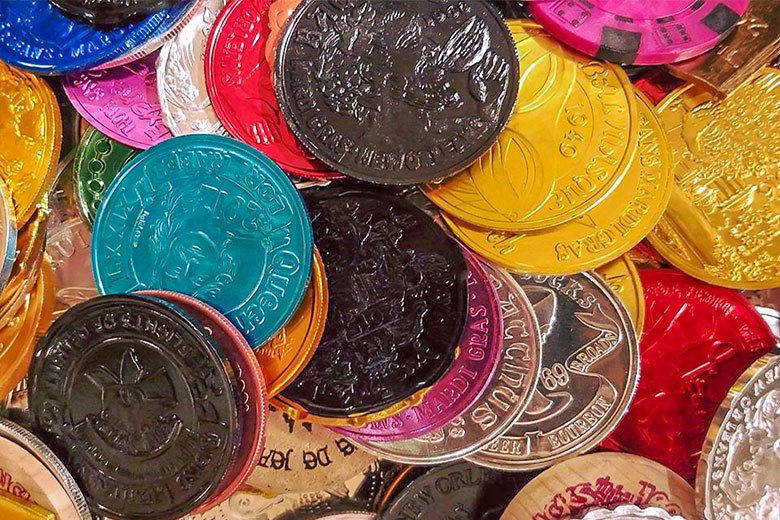 Rex started the tradition of throwing doubloons in 1959 and it’s still popular. Orpheus has taken it to the next level with their gold Music Legend doubloon honoring famous New Orleans entertainers. Watch your fingers when you bend over to pick one up though. They can easily get stepped on by people who are looking up, not down.

Stuffed animals, stuffed footballs, stuffed artichokes (okay, maybe not). Point is we all like stuffed stuff – especially the little ones.

Moon Pies and chips are popular throws. In Shreveport at Mardi Gras, they even have a krewe that throws hot dogs!

Every once in a while you’ll catch a pair of glass beads, recycled from the days before plastic. This is kind of cool, first, because you’ll actually wear them off the parade route and, second, because it’s fun to imagine all the people who have caught these beads before you.

There’s just something about sporting some long beads that make you feel important. Somebody on that float considered you worthy. Long beads are especially nice to get if you have a spot on a French Quarter balcony and plan on being a bead tease later on in the French Quarter.

Stuff that goes blink in the night 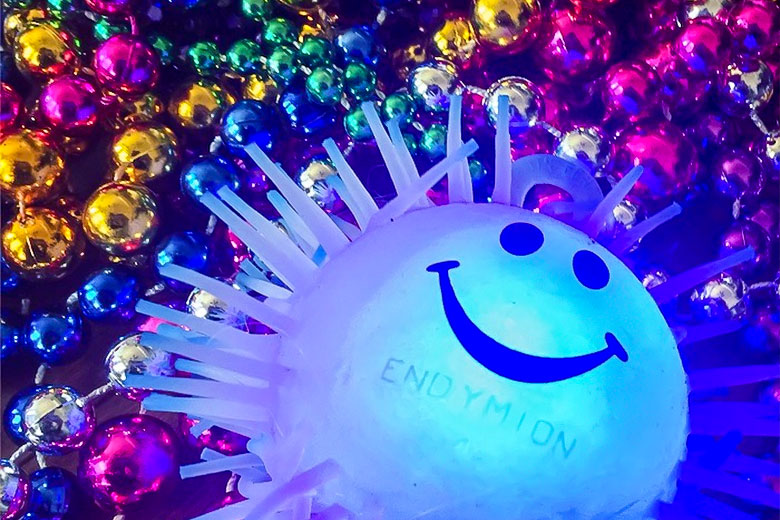 Any throw that lights up is okay with us. Endymion, Bacchus and Orpheus throw a lot of LED stuff. (Krewe d'Etat was the first one to offer blinking throws with their blinky skull beads.) It’s also a great way to keep track of your kids in the crowd.

Spears and frisbees are always fun to catch. (Bet they’re fun to throw, too.)

All that glitters ­– handmade throws 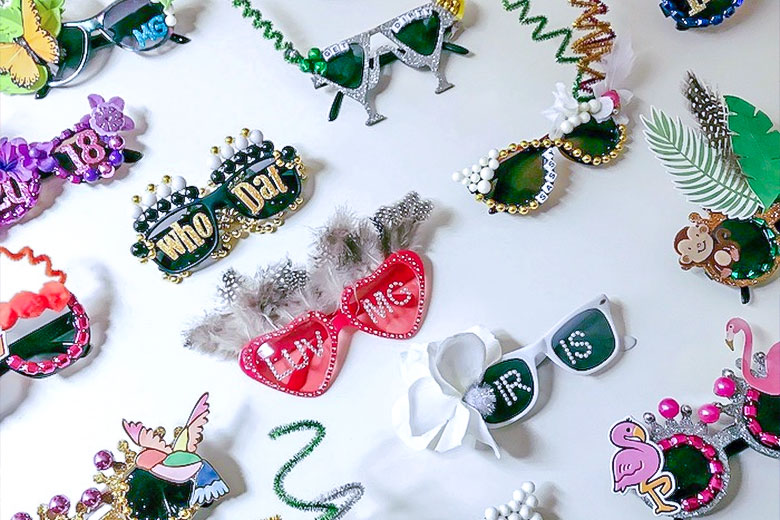 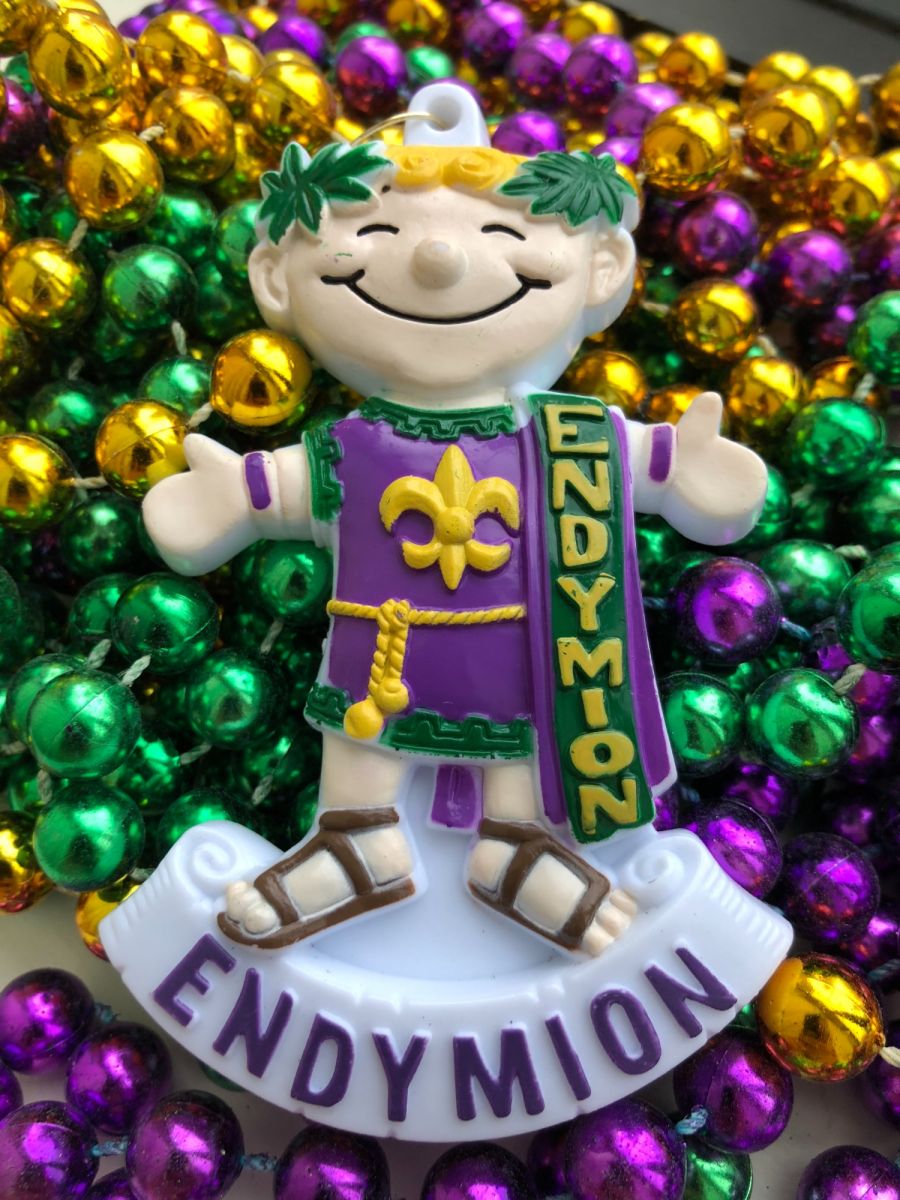 While sometimes used to describe the throw a krewe is most known for (for instance Zulu coconuts), anything with the name of the krewe on it is actually a signature throw. Tucks throws toilet paper (which can come in handy in a Fleur de Pee). Along with shoes, Muses throws makeup bags. The Krewe of Femme Fatale throws compacts and so forth.

While technically not a throw, these bags do get tossed into the crowd – mostly empty but sometimes full. If you get a full one, bring it to school, the office or a nearby hospital or nursing home and have your own Mardi Gras parade. 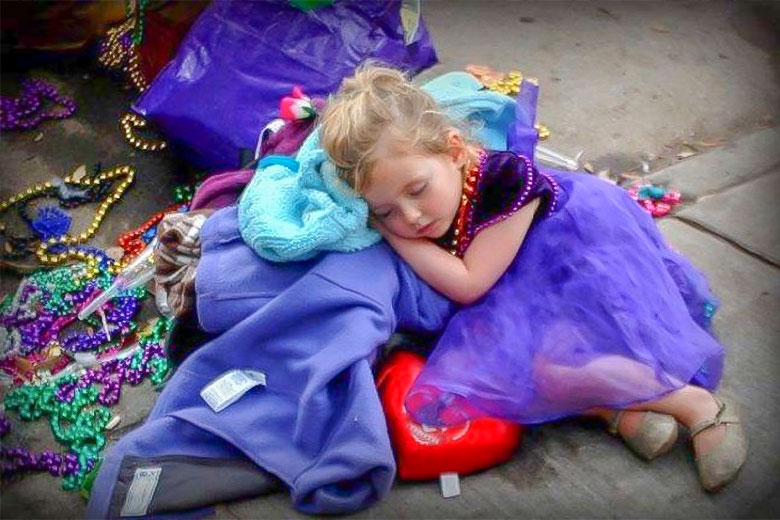 Tip: Bring a backpack or a pillowcase to the parades so you can carry your stuff back home or to the hotel. If you flew to New Orleans, make sure you bring an extra suitcase.

Learn More About the Krewes that Throw the Throws