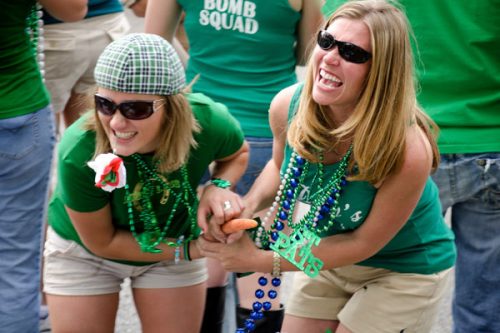 Miss Mardi Gras? Awwwwww. Lucky for you, parades will be rolling in the Big Easy for St. Patrick’s Day and St. Joseph’s Day, and you'll get another chance to see Mardi Gras Indians doing their thing on Super Sunday. Check out the events below and then book a hotel close to the action at bestneworleanshotels.com.

Molly’s at the Market Irish Parade

The Downtown Irish Club Parade takes to the streets on Friday, March 11 this year. Get ready to yell, "Throw me something, lassie!" See parade route.

Since 2007, the Krewe of Boo has been the official Halloween Parade in New Orleans. The par…