So what are "throws?" Well, they are exactly what they sound like - items that krewe members on floats throw to parade-goers as the floats pass by! Throws often include doubloons, beads, cups, homemade trinkets, toys and more! 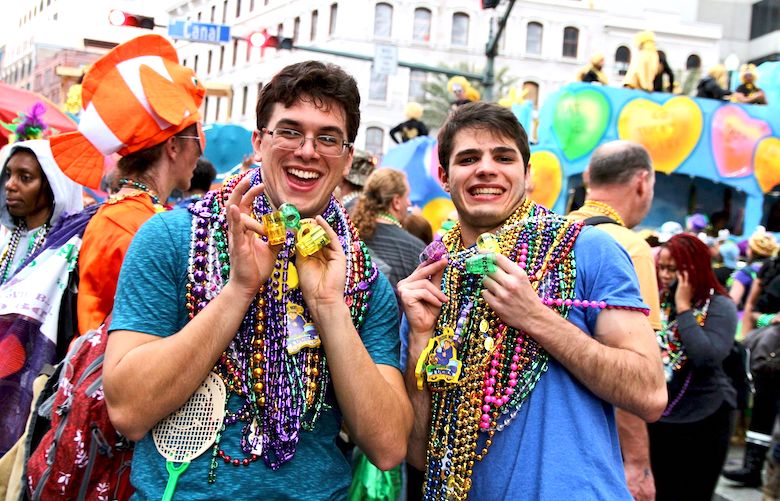 The throwing of trinkets to the crowds was started in the early 1870s by the Twelfth Night Revelers, and is a time-honored expectation for young and old alike.

In 1884, Rex started using medallions instead of trinkets. These medallions are represented by today's doubloons, aluminum and anodized in many different colors. They depict the parade theme on one side and the Krewe's emblem on the other. They have become collectors items. 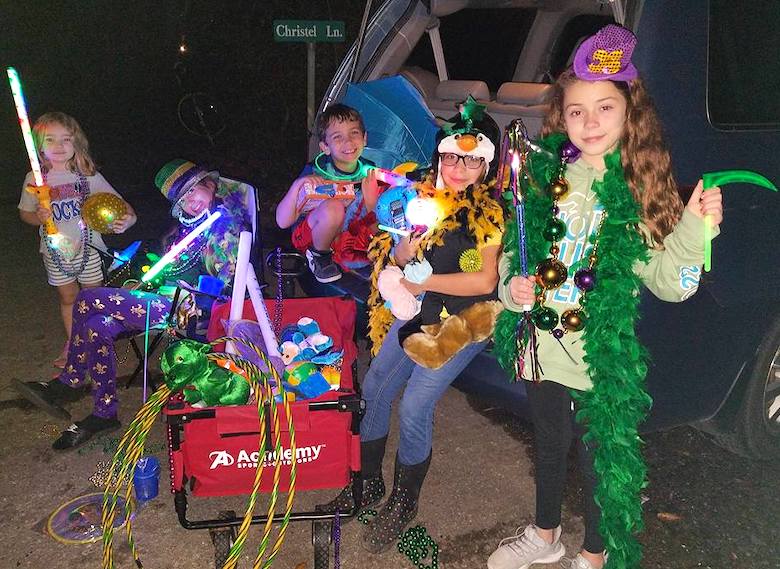 In the Bacchus parade, the King's float throws doubloons with the image of the celebrity king on one side of the doubloon. If you're lucky enough to catch one, hold onto it!

The most prized throws are the krewe's "signature throws." Zulu has it famous coconuts and many other krewes offer hand-decorated items including Muses shoes, Nyx purses, Alla genie lamps, Carrollton shrimp boots and the list goes on. Most krewes have medallion beads that feature that year's theme.

Other popular throws include cups (otherwise known as New Orleans dinnerware), long pearl beads and stuffed animals. Some throws even light up.

Be warned! If you're at your first parade and reach down to pick up a doubloon with your hand, your fingers may never be the same! Many stomp on doubloons in their rush to claim them.

Hint: If you're standing next to a bunch of old grandmothers dressed in high heels and playboy bunny outfits, don't think your chances are any better. They may be old, but they have fast feet and the spikes on those heels - ouch!