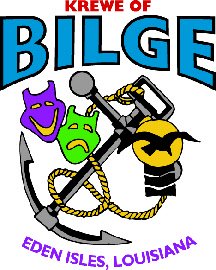 Sometimes floats float! The Krewe of Bilge is a Mardi Gras boat parade in Slidell, Louisiana. For the last 40 years, Bilge has thrown beads, cups and other Carnival treasures to parade goers from the middle of Slidell waterways.

The Krewe of Bilge boat parade was founded by locals in 1978 and now includes over four hundred members. This can't miss event in Slidell has been honored as a "Top 20 Event" by the Southern Tourism Society multiple times.

Some great spots to catch the parade are at The Dock of Slidell off Lakeview Drive, along Highway 11 at Michael's Restaurant, The Landing, and Tooloula's, and on the east side of the parade route at the firehouse on Marina Drive.