There are many amazing, magical and spectacular aspects of Mardi Gras parades; however, the bathroom situation is not one of them.

Whether you’re enjoying Mardi Gras punch in a to-go cup, locally brewed craft beer or even water, eventually you’re going to need to search for a restroom. 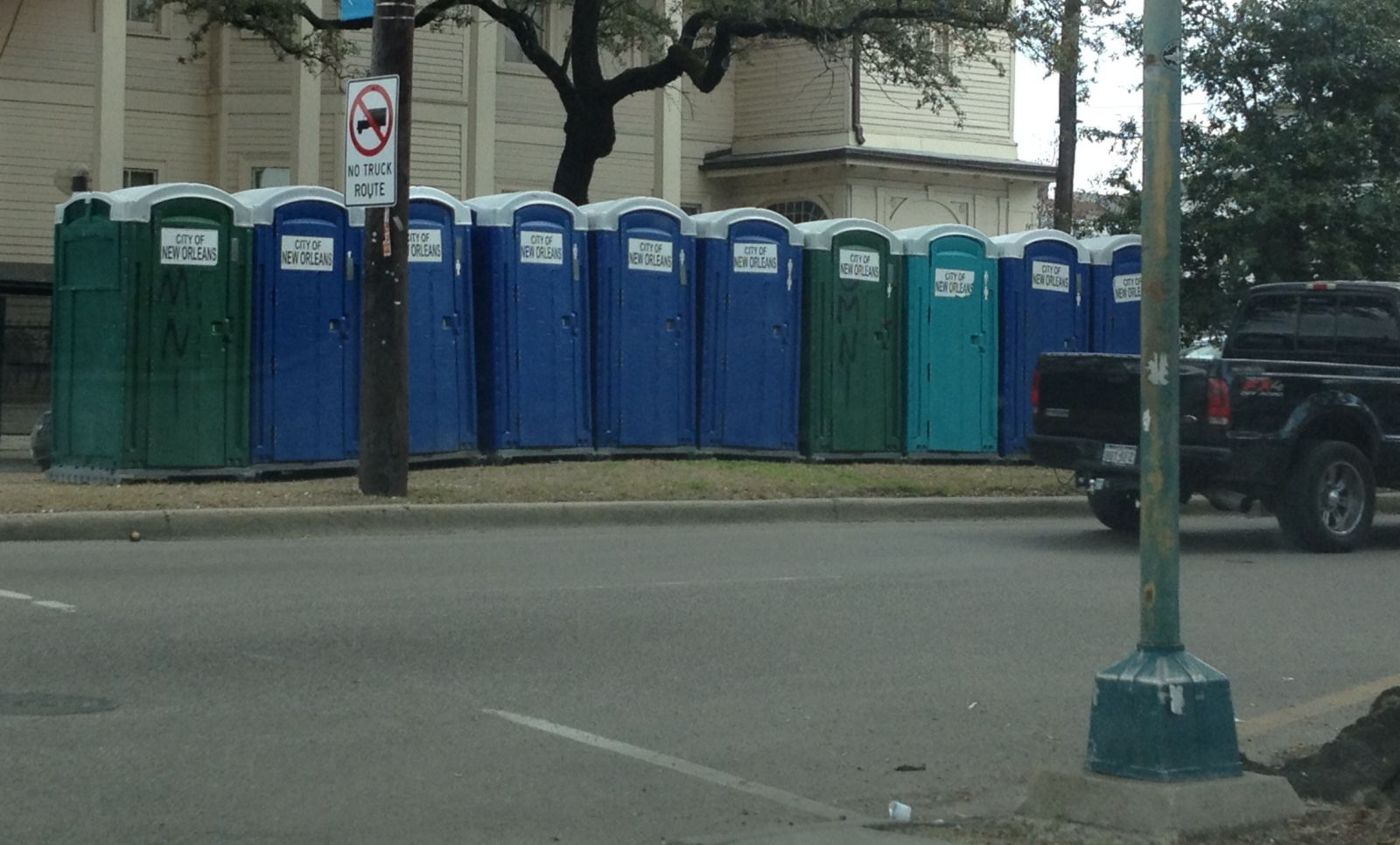 For those of you that live near the parade routes, I’m jealous. For the rest of us, here’s the guide to surviving the bathroom crisis during Mardi Gras season.

Do Not Urinate in Public

Just don’t do it. Something like 90 percent of the arrests made each year along the parade routes and in the French Quarter during Mardi Gras season are related to people urinating in public. You don’t want to spend any time in handcuffs or have to pay a stiff fine for something as avoidable being arrested for peeing in public. Not to mention that it’s plain ol’ rude and not very lady or gentlemen like.

Public Restrooms on the Parade Route

Yes, they do exist. I’ve seen them for myself. I’ve also seen the long lines that accompany them. There is a very limited number of public bathrooms and porta-toilets, especially when you consider the vast size of the crowds. The best bet for public restrooms are around Lafayette Square near the corner of St. Charles Avenue and Poydras street. They've also been spotted this year along Napoleon Avenue and along Louisiana Avenue at the intersection with St. Charles Avenue.

On parade day, most restaurants and bars along the parade route close their bathrooms to everyone except their paying customers. The good news is that many of these places sell bathroom passes on a per visit or all day basis. Prices start at one or two dollars per visit, or ten dollars for an all day pass. Depending on where you are in the city, those prices can go up, especially around the Quarter.

Churches, schools and other charities will also open up the doors to their bathrooms to raise funds for their year-round activities. Also, many of those places will be selling beverages (both adult and non-adult), as well as food.

Great idea, but unless you’re staying a hotel don’t think that you can just walk into one and use their bathroom. During Mardi Gras, most hotels only allow guests with room keys or wristbands through the lobby doors.

Many businesses along the parade route will sell parade packages, which include amenities like balcony seating, food, drink and most importantly - a bathroom. Check out our parade packages page for an idea of what is out there. Prices vary from $25 to several hundred dollars depending on the parade and the location.

Overall, be prepared to pay for bathroom access and remember to bring cash. It’ll be much cheaper than paying a fine for public urination. Also, be friendly to the people around you because you never know who might be one of those hardcore Mardi Gras fans who brings their own porta-potty on the back of their F350 pickup truck. Don’t laugh, it happens.