What's that on your forehead? Ash Wednesday in NOLA 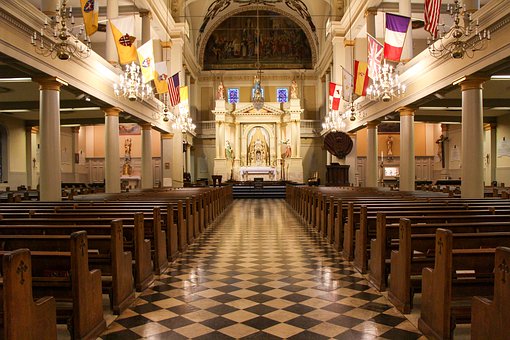 Another Mardi Gras has rolled into the history books. While many people are going to be nursing headaches this morning, many others are going to be getting ashes rubbed on their foreheads. A smudge on the brow isn't a sign that someone spent the night recovering on a French Quarter stoop. Ash Wednesday means Mardi Gras is over and Lent has begun. Here’s why we do what we do down here.

Mardi Gras, French for Fat Tuesday, is also known as Shrove Tuesday, from the English term "Shrovetide." the last day before Lent. The day after Fat Tuesday, Ash Wednesday, is a day of fasting (having only one large meal with no snacks throughout the day) and abstinence (abstaining from red meat) for many Catholics. It is also a day of reflection for many in New Orleans, a very Catholic city.

Traditionally, we give up something during the Lenten season to commemorate Jesus' 40-day fast in the Judaean Desert. It allows us to think about what we can give up in order to be closer to God. Ash Wednesday is the beginning of a season of a season of fasting and prayer ending on Easter Sunday.  We go to church and get ashes on our forehead in the sign of a cross, symbolizing ashes to ashes, dust to dust. (Some non-Catholic churches in New Orleans even have drive-through lines where you can get ashes without getting out of your car – no crazier, reallly, than drive-thru daiquiri shops.)

Catholics used to give up meat during all of Lent (not just on Fridays).  We would always say it isn’t really such a sacrifice in New Orleans when you consider our love for, and the abundance of, fresh Gulf seafood. Going to a crawfish boil on the weekend is hardly the same as putting on a hairshirt or sleeping on a rack. Still, we try to give up what we love most (beignets, chocolate, lattes, soft drinks, smokes if we still got 'em, etc.). We Google “things to give up for Lent” and settle on something personally meaningful. Still, Lent is the one time of year it’s okay to be a quitter.