The Mardi Gras That Almost Wasn't 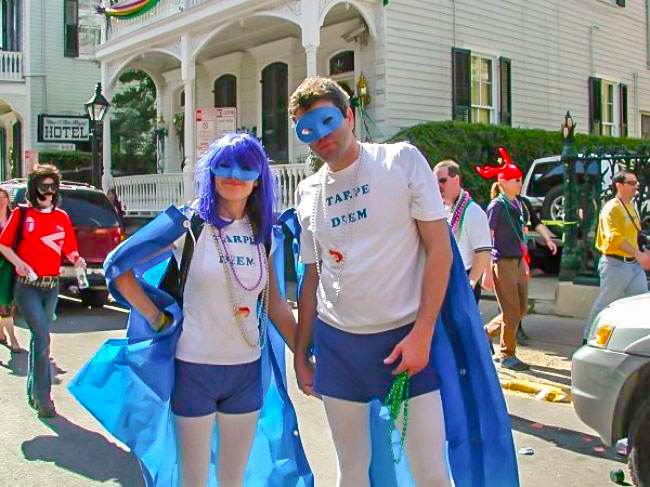 Crisis is no stranger to New Orleans. We survived Katrina and we'll survive Covid-19, too. Here's a peek back at the first Mardi Gras after Katrina...

After Hurricane Katrina decided to make New Orleans her 2005 vacation destination, you’d think no one in the city would feel much like partying, let alone costuming and going to parades. Fortunately, that simply wasn’t the case.

If a city ever needed a reason to keep its traditions alive and remember who we were (not to mention, get a little silly and let off steam), it was New Orleans after Katrina. That year, those of us who were lucky enough to be back home, came out from under our blue roofs and celebrated what turned out to be a mostly local but much needed Carnival season. It was proof that, in New Orleans, the good times roll no matter what! The beer, and the tears of relief, flowed that year. We needed normalcy – as if Mardi Gras, by most standards, is normal!

Although some, including the mayor, thought a celebration would be rubbing it the face of all those who suffered, the krewes and most New Orleanians disagreed. New Orleans Magazine called Mardi Gras 2006 “The Most Important Mardi Gras Ever.” With our adopted son Anderson Cooper and the rest of the media at our “X” marked doors, we needed to prove that the spirit of New Orleans was stronger than ever. Those talking about not rebuilding New Orleans needed to see exactly why this treasure of a city could and must be rebuilt. Much of the world watched, and wept, that year.

As we fight Covid-19, please take time to look back at these pictures from Mardi Gras 2006 –  “The Mardi Gras That Almost Wasn’t.” We think you'll find it inspirational.