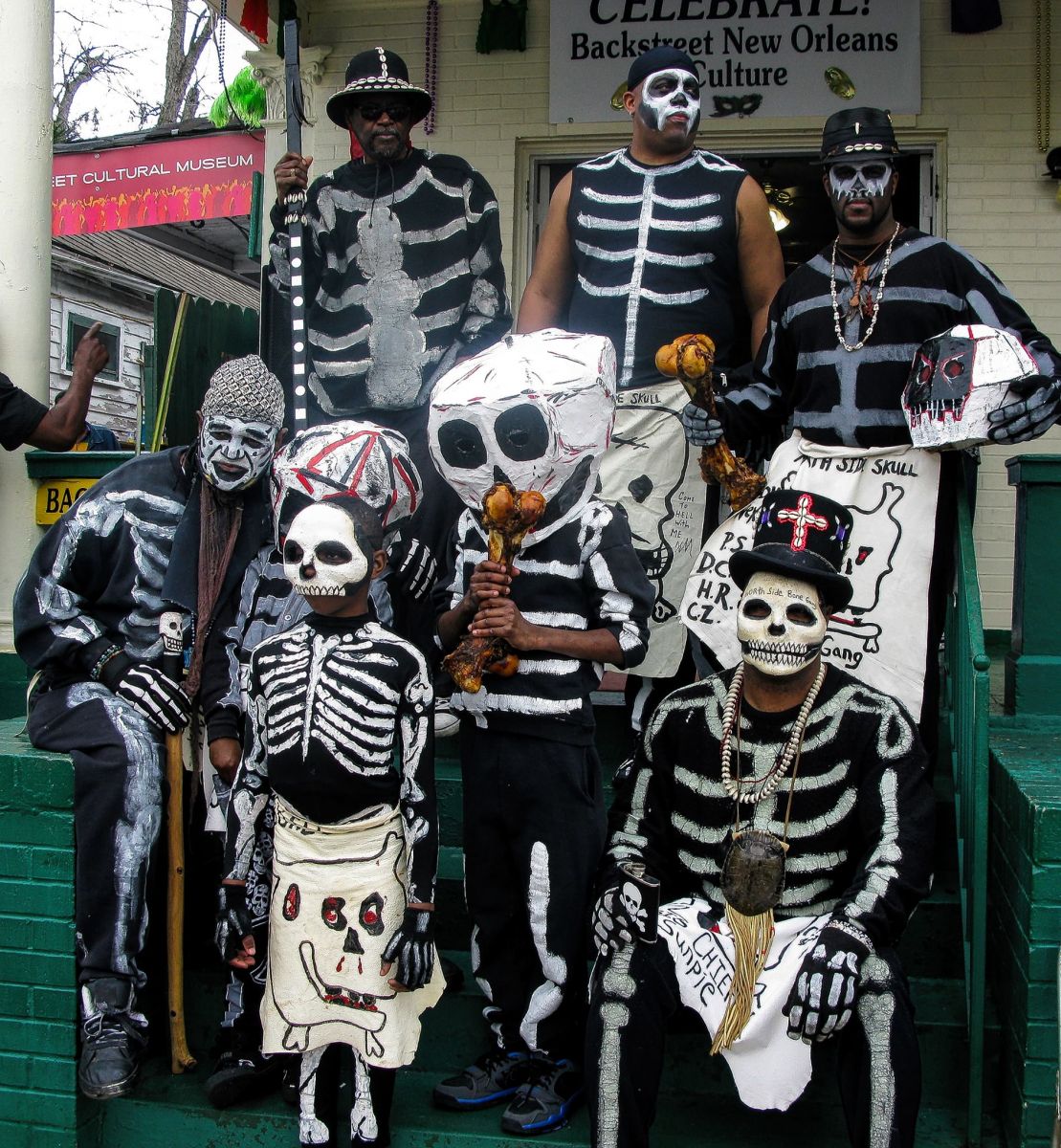 “If you don’t live right, the Bone Man is commin’ for ya!”

What do Mardi Gras and Halloween have in common besides costumes? Skeletons, of course.

The Northside Skull and Bone Gang has been a Mardi Gras tradition in the Tremé, the nation’s oldest African-American neighborhood, for more than 200 years. Like the Mardi Gras Indians, they were a major part of Carnival on Claiborne Avenue, the main black thoroughfare back in the day.

Every Mardi Gras morning at 5 a.m., this group of maskers departs the Backstreet Cultural Museum and parades down the streets of the Tremé, dressed as skeletons. They dance, beat on drums, and knock on doors and windows while chanting:

“We come to remind you before you die.
You better get your life together.
Next time you see us, it’s too late to cry!” 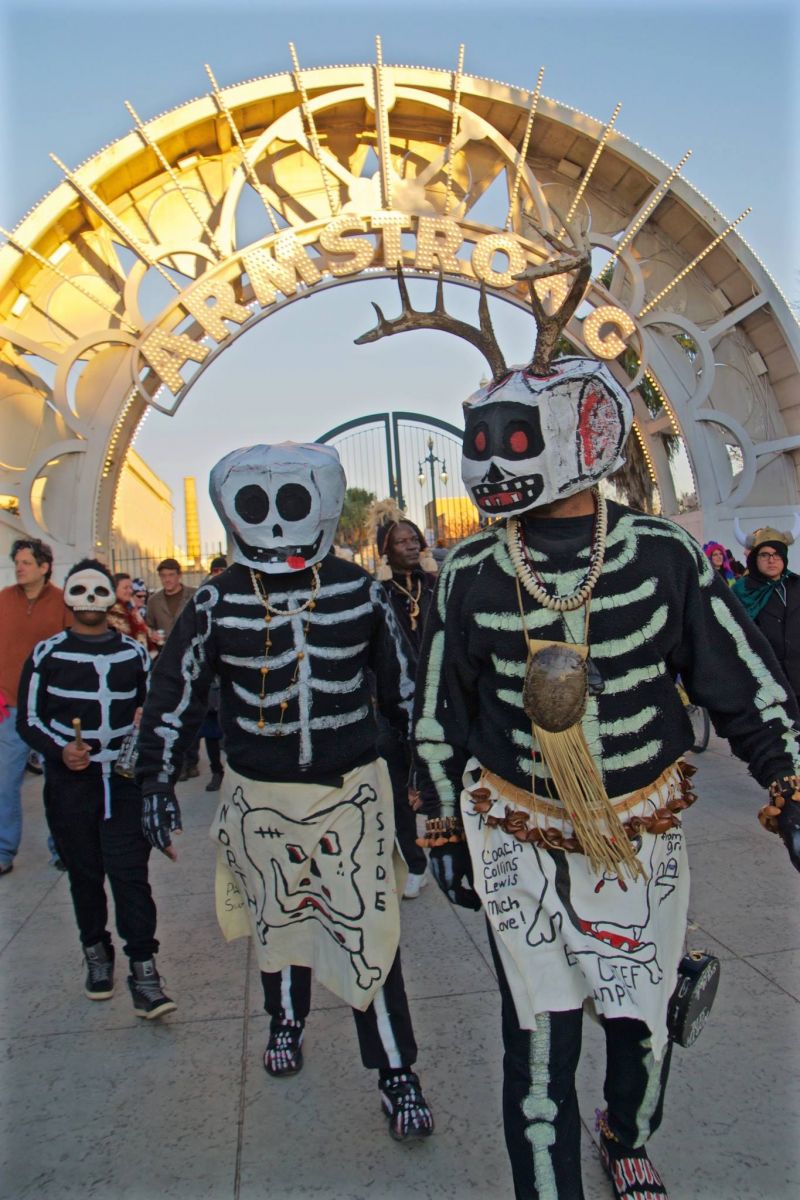 If you ask us, the leader, wearing an antler helmet, is the scariest of all.

Some say the Bone Gang is conjuring up spirits of the dead, inviting them to parade alongside their ancestors on Mardi Gras day.  Others say their role is simply to wake people up on Fat Tuesday, reminding them not to overdo it or they’ll meet with the Bone Man.

Masks Required in New Orleans Even Before Mardi Gras

COVID-19 Vaccination Rules in New Orleans. What You Should Know. The City of New Orleans has impleme…