Krewe of Alla and Legion of Mars Join Forces 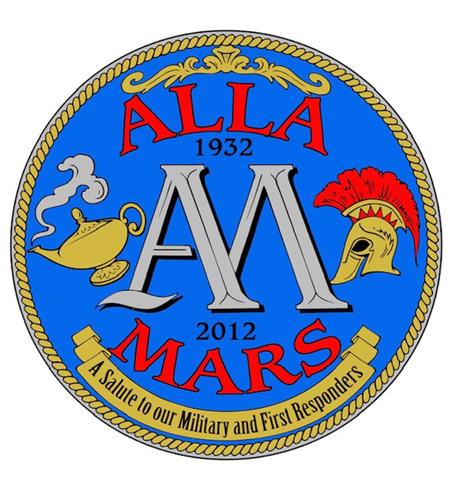 New Orleans, La. – Carnival clubs Krewe of Alla and Legion of Mars are partnering to honor our military and first responders from across the country in a joint parade on Friday, February 14.

The parade will be themed “Friday Night Flicks and Fun,” and its dozens of floats will feature superheroes as a salute to the nation’s military and first responders. Real-life heroes will be riding in the parade, too. Service members and first responders from throughout the country, including the Chicago and New York City police and fire departments, are being invited to join the parade. The parade will also include a float of Purple Heart recipients from the wars in Afghanistan, Iraq, and Vietnam. First responders from throughout the country will also be honored riders.

As a special tribute to the men and women who serve here locally, the parade is moving from its traditional ending slot Sunday evening to Friday evening in order to allow the first responders who make Mardi Gras possible to go home earlier at the end of a busy weekend.

Both Carnival clubs have histories steeped in military tradition and honoring the armed forces. New to their missions this year is the addition of our nation’s first responders.

The Krewe of Alla is one of the oldest and most storied krewes in Carnival. Established in 1932 in the depths of the Great Depression in Algiers, La., Alla first moved to the Uptown parade route in 2014, partnering with the Legion of Mars for the first time that year.

“The Krewe of Alla and the Legion of Mars are proud to be partnering together again for this special tribute,” said Alla Captain John Beninate.

Beninate’s father, John Sr., was a brigadier general in the U.S. Army National Guard. Upon his death in 2001, he had been the Krewe’s longest serving member, first riding in 1939. Beninate Sr. joined the service the day after Pearl Harbor and served the duration of the war in the Army Air Corp. In 1947, he transitioned to the National Guard, stationed at Washington Artillery, later becoming the Director of the Louisiana State Guard.

The Legion of Mars was founded by combat veterans to be the first parade to honor all those who have served.

“We’re so excited to be bringing our two great krewes together for such an important cause,” said Krewe of Mars Captain, Rico Alvendia.  “This is going to be a unique Mardi Gras parade because of its emphasis on honoring our military and first responders. It will be a patriotic display with the Marine Corps Band and others putting on an amazing show.”

Blaine Kern Sr., “Mr. Mardi Gras”, worked with his father, Roy Kern, on the first Alla parade and served as its captain for 50 years.

“We’ve designed and built amazing floats for the Alla & Mars parade, and it’s going to be a stunning salute to our true American heroes,” said Barry Kern, the president of Kern Studios and Mardi Gras World who was instrumental in the two krewes collaborating again this year.

As an added highlight, Mayor LaToya Cantrell will toast the members of the military and first responders as the parade passes in front of Gallier Hall during the Mayor’s Mardi Gras Ball.

“Mayor Cantrell has been a big supporter of this parade, and we are so grateful for her help in making it possible,” said Kern.

In addition to honoring vets and first responders, the Legion of Mars also participates year-round in military related philanthropy. Each year, the group feeds veterans on Veterans Day at the VA hospital. Mars also helps the military and first responders when they are in need. For example, during the Baton Rouge floods, the group convoyed and served BBQ to the over 700 soldiers participating in the relief effort as well as providing some 400 pairs of dry socks to the soldiers.

The Mars ball will be held January 31st at the Hyatt Regency downtown. Alla’s ball will be February 8th at the Cannery. Tickets for both are now available through the organizations’ websites:

And The Winners Are... All the votes have been tallied and the winner of the 2021 "Show Us Your Pi…